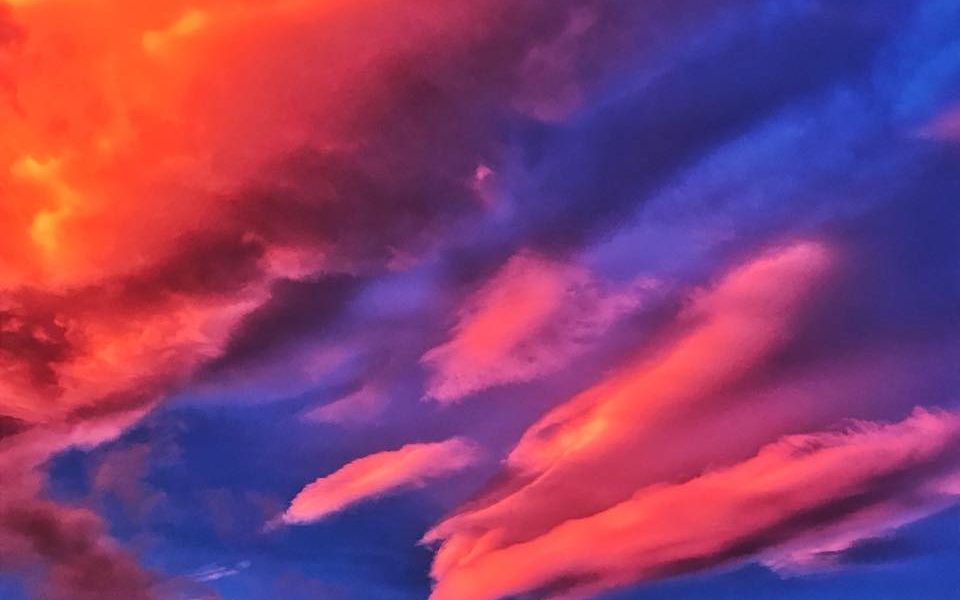 A couple weeks ago I posted a picture to my Health by Intuition social media account with the caption, “Today I choose to surrender.” I posted this because this is what I thought I wanted to do. But then I wasn’t entirely sure…

I wanted to surrender because the word has been coming up for me lately. I’ve heard it talked about a lot by Christians in the context of surrendering to God. These Christians I’ve met that have surrendered seem to have more peace about them. They are really connected to that inner source of wisdom, what I call intuition, and it guides them in their day to day. From the outside, it looks very comforting and calming.

I also want to surrender because I know that I struggle with control. If I could surrender that, in theory, I could live freer and more in touch with my intuition. So it seemed like a natural step to try to do it. Except it wasn’t working. So I made it public because I’ve found that making my intentions public on social media can really help (e.g. posting in my Commit to personal growth Facebook group has been really helpful for me!).

It turns out that posting publicly did help. It brought me more awareness on how I defined surrender.

The next day, I woke up and asked to surrender. I realized that it did not feel good. It was not that warm, light, centered, freeing feeling that I normally get when I connect into light. I asked why. I realized that I had defined surrender as giving up; losing; and in essence, letting someone/something else have control over me. No wonder I couldn’t do it! That definition was not in line with my highest good.

I talked to my partner, Enrico, about it. He agreed that his definition of surrender was not a positive word and that it meant giving up and giving away your power. Even in our agreement, I felt I needed to look deeper into it. I needed to figure out if surrender could be fully aligned with lightness and goodness.

The next morning, it was still on my mind, so I woke up and googled the definition of surrender. Most dictionaries seem to have at least two definitions of surrender and are in the line of: 1. To allow or admit defeat or 2. To give something up when you are forced and.. I didn’t like either of those definitions. I still have a problem with admitting defeat.

Is this because admitting defeat is not in line with my highest good? It doesn’t feel in alignment with my highest good. I don’t think there’s anything to be defeated. Defeat signifies that something must come out on top, and therefore, something else is lesser than. That to me is not in line with love. When I think of love, I feel that everything that is, is there to be accepted. Equal. Justified. Simply a part of our great experience that is life. That to me is in line with love.

I also have a problem with giving up something when you are forced. It is like saying I no longer have agency. I suppose you could look at it from the perspective that it is your higher self forcing you. But that doesn’t make sense to me either because I believe that the greatest gift of being human is free will. No force.

So I guess I don’t want to surrender anymore? No, that doesn’t feel right. I want to relinquish control. I want to trust in my intuition, in that higher power fully. Can I surrender in a pure way that’s in line with love and feels good? Yes, but that means creating my own definition of surrender.

What I just wrote feels true but incomplete. I feel there’s more to it. I will have to come back to it.

[Several hours later and after a deep meditation in the bathtub]

Am I so afraid of relinquishing control that I am trying to distract myself by blaming the problem on the definition of surrender? Yes, that could actually be the case.

How can I ease this fear? My intuition answers, “Allowing the breeze to blow through me and taking the fear with it.” I imagine this and let it happen.

And then this comes through:

I give myself permission to let go. I give my soul permission to shine through and lead me. I surrender my shadows to my true essence. I surrender the things that I learned that weren’t in line with love. That’s what surrender is. Surrendering the dark to the light. Realizing that those fears that I carry around only have as much power as I give them. I give my power to me, and I am light.

This feels complete. I can surrender now.

How do YOU use the P-word?

Stepping into greatness: what does that even mean?